Deborah Shadovitz will discuss and demonstrate ways to keep your web site designs the most flexible. This will cover the pros and cons of using Dreamweaver’s Template feature, how to create and use PHP includes, and how to best use CSS to create clean, flexible files. Deborah will talk about how she came to the conclusions and methods she now uses. (She learned the hard way.) You’ll leave with a better work flow, and an understanding about how to do what she recommends. Most of what is discussed is not Dreamweaver dependent.

Lightroom 3 – Michael Pliskin will show you the difference between a JPEG and a RAW image and how easy it is to process RAW images using Adobe Lightroom or Photoshop’s Camera RAW in 30 minutes or less.

Deborah Shadovitz has been composing websites and writing about the web for as long as there has been a web. One of her first sites was fed by FileMaker Pro and composed the pages by concatenating fields. She wrote about this for FileMaker and others. From there, it became easier to create websites, then new challenges came up. She authored the Adobe GoLive 5 Bible, penned MacDesign magazine’s GoLive How-To column and tips, wrote reviews of GoLive, and wrote about web design for other publications for artists and general readership. Her name also graced the GoLive splash screen a few times as an original GoLive Advisory Board member. Deborah looks at and reviews most website design software. Some of her reviews were printed in Macworld magazine and are at Macworld.com. With the demise of GoLive, Deborah has been working in Dreamweaver, but with her own take on most efficient use of the program, and enjoying the benefits other site creation software offer.

Michael Pliskin is an award-winning professional photographer and digital artist who began his professional career at age sixteen as a sports and news photographer for a newspaper in his hometown in New York. He studied journalism and photography in college and earned a BFA degree in Photography and Design from California Institute of the Arts (CalArts).

After a stint a managing professional graphics labs and a photo studio in Beverly Hills he was hired by Nikon, where he worked for almost twelve years as a technical advisor in photography and digital imaging. During his last three years at Nikon, Michael managed Nikon’s Digital Imaging technical support for the western half of the U.S. Michael was Technical Editor on several books on Nikon film cameras, including B. Moose Peterson’s popular Nikon System Handbook.

Besides commercial photography, Michael covers a variety of assignments in the aviation, technology and entertainment fields. His work has been published in books, magazines and corporate annual reports in the United States and Europe, and also appears on the covers and inserts of concert movie DVDs such as “Chicago and Earth, Wind & Fire: Live at the Greek” and Willie Nelson and Merle Haggard’s “Last of the Breed” DVD and CDs. 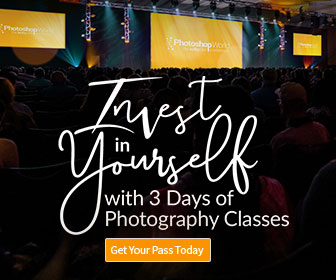