Terry Ryan is a Flash Platform Evangelist for Adobe. He specializes in ColdFusion. Previously he was a ColdFusion developer for over 10 years, working at the Wharton School of Business. He‚ been blogging about ColdFusion since 2004 at both Aarrgghh and terrenceryan.com. He‚ started and contributed to several open source projects on riaforge.com. When‚ he‚ not traveling the world touting the advantages of ColdFusion and the rest of the Flash Platform, you can find him in his home office in Philadelphia, PA, USA. 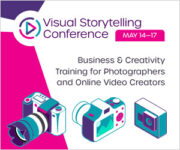